How much are your Pokemon cards worth?

Nothing beats the thrill of rediscovering your old Pokemon card collection.

Especially when you realise just how much Pokemon card values have increased over the last few years!

In this article we’re going to discuss how to tell if your Pokemon cards are worth money, and what factors influence their value.

We’re then going to go into specifics about cards from certain time periods, sets, languages and even individual Pokemon. 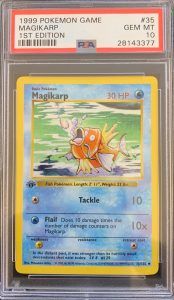 1. What set the card belongs to

As a general rule, the older the card, the more value it’s likely to have. Sets that are out of print have limited supply. The more the demand increases, the higher the value goes.

2. The rarity of the card

This doesn’t just refer to whether the card is listed as ‘Rare, Uncommon, or Common’. It’s also determined by how long the print run was, and for graded cards, how easy it is to achieve a GEM MINT 10 grade. If there is a low population of perfect cards, the value will be higher.

3. The condition of the card

We refer to this above with card grading, but it also applies to ungraded singles too. Collectors want to acquire cards in the best possible condition, therefore are willing to pay a premium for them.

4. The Pokemon on the card

The final factor that drives price comes down to Pokemon popularity. It’s no secret that Charizard is king! But other well-liked Pokemon such as Pikachu, Blastoise and Venusaur also command a premium.

As you can imagine, there are cases where a brand new Charizard from a modern set can be worth more than a 20+ year old 1st Edition Base Set PSA 10 card.

These four factors drive Pokemon card values in different ways, but if they all come together beautifully, it’s the perfect recipe for an extremely valuable Pokemon card.

By answering these questions, we start to paint a picture of how valuable your pokemon cards actually are.

Now let’s get into some more specifics…

How Much Are The Original (First Generation) Pokemon Cards Worth? 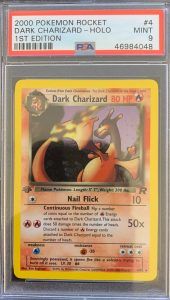 When we discuss the original, first generation of Pokemon cards, for the sake of this article we’re going to specifically be talking about cards from 1999-2000.

These are the sets that many collectors grew up with.

It was their first introduction to Pokemon cards, and therefore they hold great nostalgic value.

Because of this, these are often the cards that people getting back into the hobby want to start collecting first. As you can imagine, this drives prices up.

The most popular entry point for new collectors is the original Base Set.

These were the cards flooding school playgrounds in ’99, and these are the ones people want to own again.

Don’t get me wrong, if you can get 1st Edition or Shadowless variants of these cards, they’re worth A LOT more!

But with 1st Edition Base Set booster boxes selling for north of £250k, they are quite unobtainable for most people at this point.

However! This further enhances the demand/value of the original Base set cards, as people snap them up, fearing the price will also continue to rise.

It’s almost a vicious, yet brilliant cycle all at the same time…

As an investment piece, old Pokemon cards show great growth potential for the future. But for the keen newbie simply trying to rebuild their old sets, it’s going to requite a fair amount of capital to get going.

Like with any pokemon card valuations, specific prices are entirely dependent on the four key factors we mentioned earlier (set, rarity, condition, and Pokemon character).

However, as a general rule, the greater the demand for early Pokemon cards, the more their values will continue to rise.

These cards have been out of print for 20-odd years, and with more and more booster boxes and packs being opened every day, supply continues to fall, further increasing their value.

In closing, if you’re sitting at home wondering if your original Pokemon cards are worth something, the answer is most probably, YES!

Whether you decide to cash in now, or hold for future values though, well, that’s up to you!

How Much is a Complete Set of Pokemon Cards Worth?

If you’re holding a complete set of Pokemon cards (or Binder set as they’re sometimes refer as), then you definitely have an asset collector’s will be interested in.

For some, ‘gotta catch ‘em all’ literally means owning every card, from every set ever produced!

Now the actual value of your complete set will be determined by its age, condition and set popularity.

But what’s interesting is that even newer full sets can be worth quite a lot of money. Sometimes as much as the older ones!

This is because, the regular introduction of reverse holographic cards, and secret rares, means full/master sets can contain over 300 cards.

The cost of pulling all of these cards “naturally” could cost £1000s in booster boxes. So for some, buying a full set outright simply works out cheaper.

Ultimately though, whether your complete set is old or new, is absolutely has value, and most likely, a market of interested buyers.

How Much Are Old Japanese Pokemon Cards Worth? 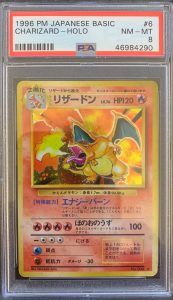 The Japanese Base Set was released in 1996, a solid three years before the English version.

Commended in the Pokemon community for their quality, old Japanese Pokemon cards are sought after items for any collector.

However, their value is affected by a couple of factors.

As you’d expect, this drives the value down compared to their English counterparts.

However, there is also a well-known printing error with Japanese base set, where they missed off the ‘rarity symbol’ from the bottom right corner of the cards.

If you’re lucky enough to own these cards, then they are extremely valuable and command a premium.

Pokemon then decided to print future vintage Japanese sets like Jungle, Fossil and Team Rocket with a holographic card in every pack.

Although these were fun to open, it also took away some of the excitement, rarity and value.

The main thing that combats this though, as mentioned above is the quality of the cards.

Card centering, print lines, and edge-wear is less common, therefore it’s easier to obtain a high score when getting Japanese cards graded. The higher the grade, the higher its value of course.

Old Japanese Pokemon cards represent the ‘start of things’ for many collectors. Despite not necessarily being able to read them, and the factors mentioned above, they’re still a much sought after piece of Pokemon history.

How Much Are Misprint Error Pokemon Cards Worth? 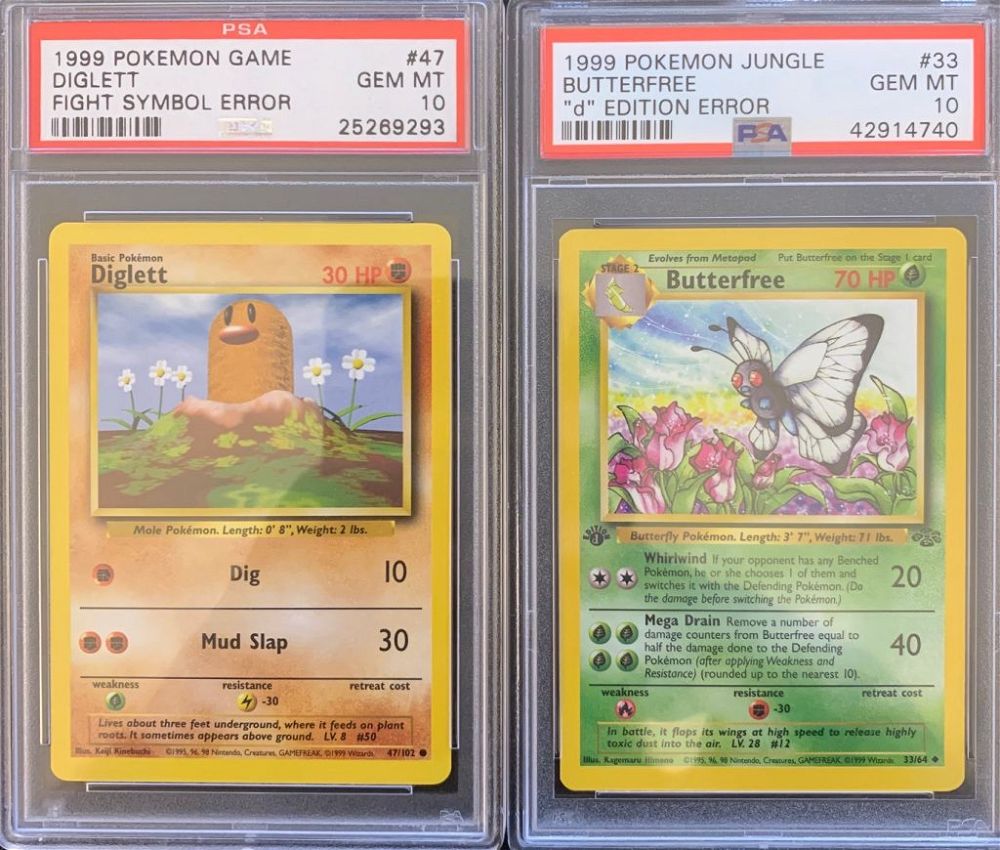 When it comes to valuations, the rarity of the plays a big role.

If you’re lucky enough to own a misprint card, most of the time, it will be worth more than the correctly printed card.

Collectors flock to own the rarest Pokemon cards that are in ‘low population, and if there is a genuine print error, this can mean there are very few in existence, therefore inflating the value.

Misprint cards come in many forms. For example:

Of course other factors such as age and condition play a big role in valuing misprinted Pokemon cards, but generally speaking they can be worth considerably more money.

Why Are New Pokemon Cards Worth So Little? 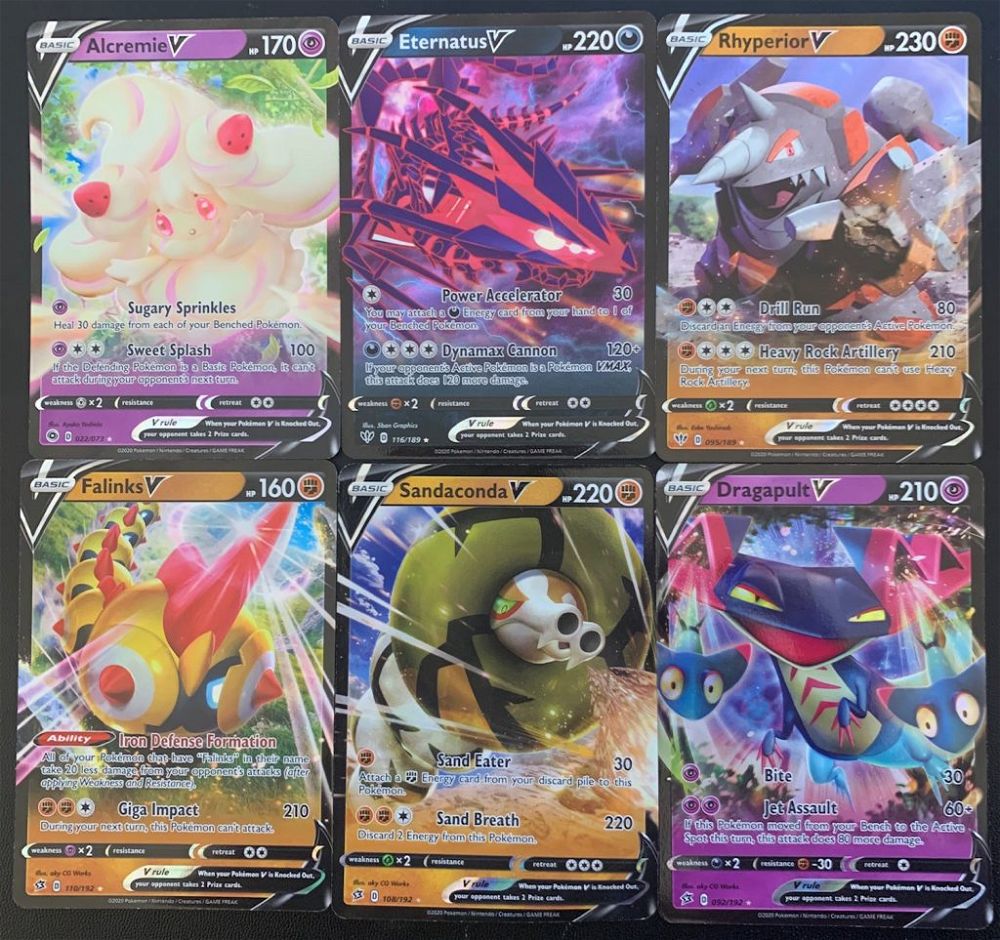 Generally speaking, newer Pokemon cards aren’t worth as much. This is because:

There are exceptions to the rule though…

The regular introduction of ‘secret rare’ cards to modern sets, means they are very hard to pull. Combine that with a popular character such as Charizard and cool designs like rainbow holographics, and these are the perfect ingredients for a valuable card.

Not only that, because the are likely to be in mint condition, it’s very possible to get them graded as a 9 or 10, which further enhances the value.

Good examples of valuable, modern cards would be the Charizard VMAX from the Champion’s Path set and the Charizard GX from Hidden Fates.

Overall though, these cards are the exception to the rule, and there is less value in the newer sets.

How Much Will Pokemon Cards Be Worth In The Future?

The future of Pokemon card collecting is very bright.

Booster boxes from 20+ years ago are being opened every day, many streamed on YouTube drawing thousands, even millions of viewers. This in itself introduces new people to the hobby, whilst reducing what product is left in the world.

Although no one can predict the future, there is a perfect storm of limited supply and increased demand.

Fans of Pokemon in its hayday that were once kids, are now fully fledged adults! Many with solid disposable incomes.

There’s even that justification that Pokemon card collecting is an investment!

Whereas ISAs, stocks or stamps seem dull, Pokemon is cool again! (Not that it ever wasn’t).

But this means, Generation Y can sink their money into something that brings that happiness and will likely increase in value over the coming years.

I don’t know about you, but I’d rather stick 4-figures into a Charizard, than a low yielding bond.

Token disclaimer out of the way, but I’m sure you can appreciate the point I’m making!

Anyway, all of these factors combined, mean the general consensus in the Pokemon community is that Pokemon card values will continue to rise.

It is worth pointing out though, that 2020 has seen some crazy price rises, and it would be foolish to expect such a trajectory every year.

A combination of people being stuck at home, bored, sorting their houses out, looking for extra cash etc, lead to a lot of old Pokemon card collections being rediscovered and sold.

There are wider forces at play here, and I think that how our social lives pan out of the next few years will have a direct impact on just how stratospheric Pokemon goes.